Explain the main functions of the leaf.

Verified
128.7k+ views
Hint: Leaf is the flat outgrowth from the stem of the plant and is green in color. They play a vital role in the survival of the plant.

Complete answer:
The two main functions performed by the leaf are photosynthesis and transpiration.
Photosynthesis is the process by which green plants make their food from carbon dioxide and water in the presence of sunlight. The main site of photosynthesis is the chloroplast, which is present inside the leaf. The food formed is in the form of glucose and is used to perform all the vital functions.

During the process of photosynthesis, the carbon dioxide is obtained from the atmosphere, the water is absorbed from the roots, and in the presence of sunlight and green colored pigment which is called chlorophyll, glucose is formed. Further breakdown of glucose gives energy.
Transpiration is considered as a necessary evil because a lot of water is lost unnecessarily.

Note:The function of a leaf differs from plant to plant depending upon their environment. Leaves are also responsible for reproduction in plants like Bryophyllum, where new plantlets originate from the notches present on the margin of the leaf. 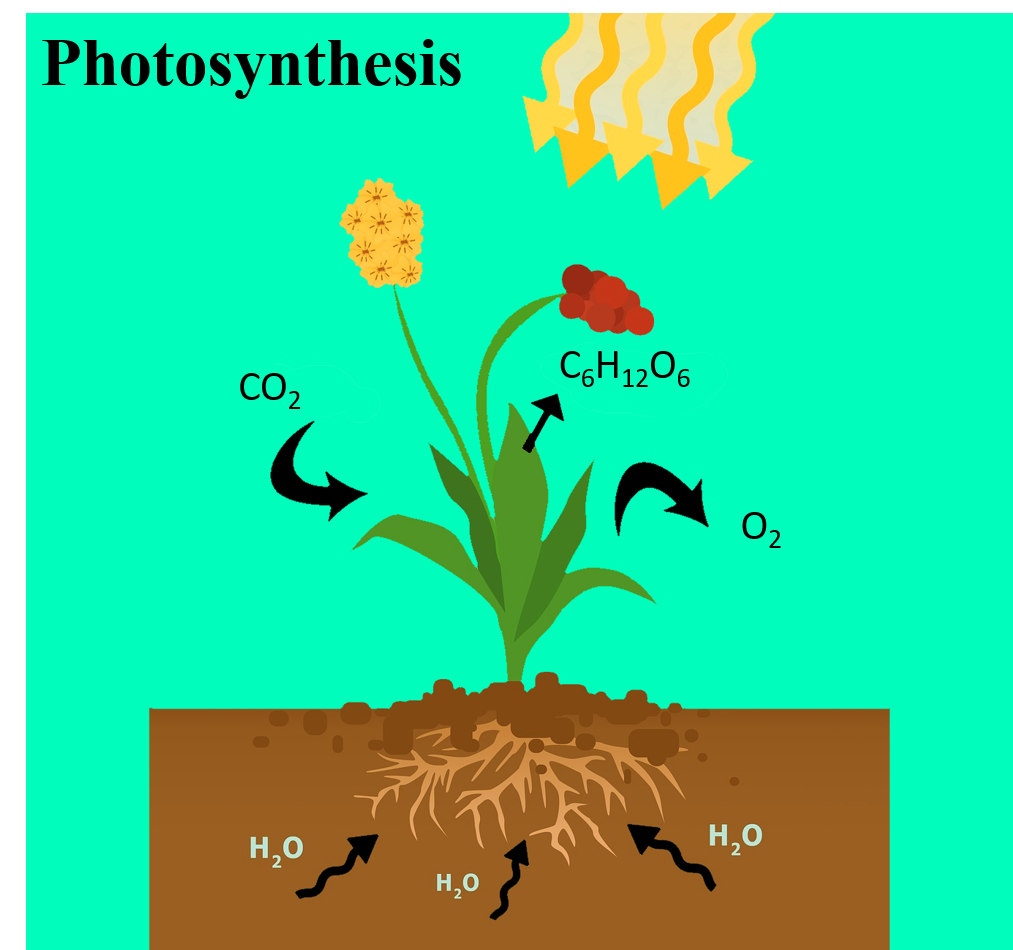