Describe the structure of a neuron with the help of a neat, labeled diagram.

Verified
Hint: Neurons are the cells that are only present in animals. They form an important system for integration and coordination among different organs. A neuron consists of the main cell body and many cytoplasmic processes or extensions arising from it. 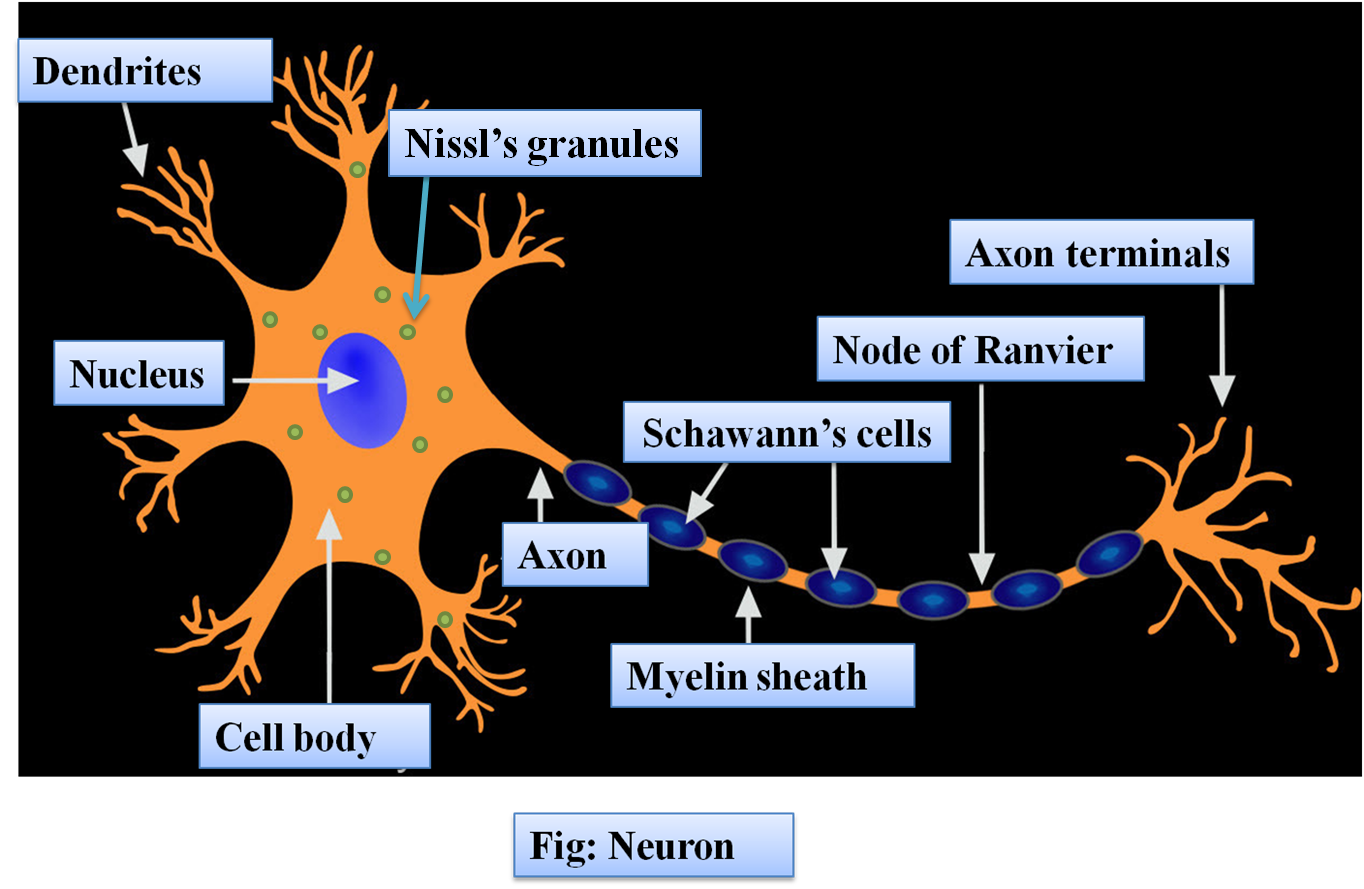 Neural or nervous tissue is composed of neurons which are the longest cells in our body. About 100 billion neurons are found in the human neural system, the majority of which occurs in our brain. It consists of the following subparts:
Cell body: It is also known as soma or cyton. It is normally oval or spherical. Like any normal cell, it consists of cytoplasm or neoplasm, nucleus, and cell membrane. Organelles such as the Golgi apparatus and lysosomes are suspended in it along with the neurofibrils, neurotubules, and Nissl’s granules.
Neurofibrils play an important role in the transmission of impulses or electric signals and extend from dendrites to axon cylinders to the nerve endings. Neurotubules have the job to maintain the proper shape of the neuron. Nissl’s granules are concerned with the production of proteins necessary for the structural maintenance of neurons or their metabolism. The cytoplasmic processes in the neurons are of two kinds: multiple dendrites and a single axon.
Dendrites: They are usually shorter, tapering, and highly branched. They may be one to several. They are at the receiving end of a neuron and thus contain various sites for binding chemical messengers from other cells. Their cytoplasm contains Nissl's bodies, mitochondria, and other organelles.
Axon: An axon is a long, thin, cylindrical portion that propagates the nerve impulse to another neuron, muscle fiber or a gland cell. The part of cyton from where the axon originates is referred to as axon hillock. Nissl’s granules are absent in the axon and thus the protein synthesis does not occur in the axon. They have to depend on the cell body for the supply of proteins. Neurons are of two types namely myelinated and unmyelinated neurons. Myelin sheath is present in myelinated neurons and accounts for the greater speed of impulse traveling along an axon. At some places, the insulation of the myelin sheath is interrupted and such places are known as the Node of Ranvier. The axon ends in a number of branches known as axon terminals. Schwann cells in neurons produce myelin sheath for axons.

Diseases of the Nervous System