What are the products of hydrolysis of maltose?

Verified
Hint: Hydrolysis means using water molecules to break a chemical bond in a reaction. We can say that hydrolysis is the opposite reaction of condensation reaction where elimination of water happens in the bond formation. Hydrolysis of ester bonds forms an acid and an alcohol as the products.

Complete answer:
Maltose is a disaccharide consisting of two molecules of glucose with \[\alpha \]-(1,4) glycosidic linkage.
The structure of the maltose is as follows. 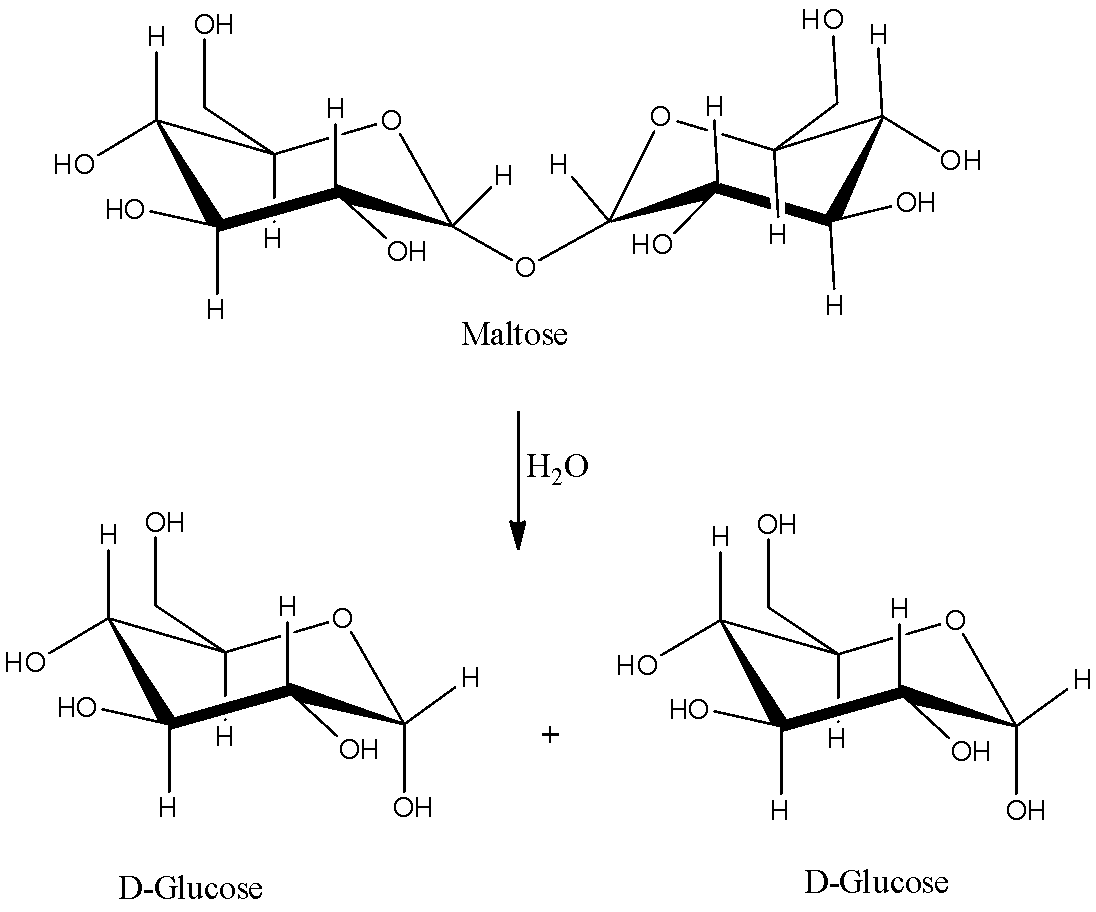 So, the products formed after hydrolysis of maltose are two D- glucose units.

Additional information:
Maltose is an intermediate compound formed in the intestinal digestion of glycogen and starch by an enzyme called amylase.
Maltose is found in germinating grains and in vegetables.
Maltose tastes like caramel, and maltose is used in bakeries, sweets, alcoholic drinks, and in infant food.
Maltose produces four calories of energy per one gram, which is equal to the same energy released by glucose or sucrose.
Maltose is less sweet than the table sugar and fructose. So, it is used in hard candy and in frozen desserts.