What are palindromic nucleotide sequences?

Complete answer:
Palindromic words are words that remain the same when read from the forward direction or from the backward direction. For example, the words MALAYALAM, NOON, LEVEL read the same whether we read it from the backward or forward direction. Palindromic nucleotide sequences are the nitrogen base pair sequence in DNA which remains the same whether it is read in $5'\xrightarrow { } 3'$ direction or $3'\xrightarrow { } 5'$ direction. Such sequences are recognized by restriction endonuclease when they inspect the length of a DNA sequence. Once the enzyme finds its sequence, the enzyme binds to the DNA and cuts each of the strands of DNA at specific points. An example of a palindromic sequence is
5’ --- GAATTC --- 3’
3’ --- CTTAAG --- 5’

Note: -Restriction enzymes are used to make recombinant DNA which is composed of DNA from two different DNA genomes.
-Restriction enzymes cut the same sequence in both the DNA thus resulting in the same edges to be formed which are then joined together by DNA ligase.
-The first restriction endonuclease was Hind-II which was isolated from the bacteria Haemophilus influenzae. 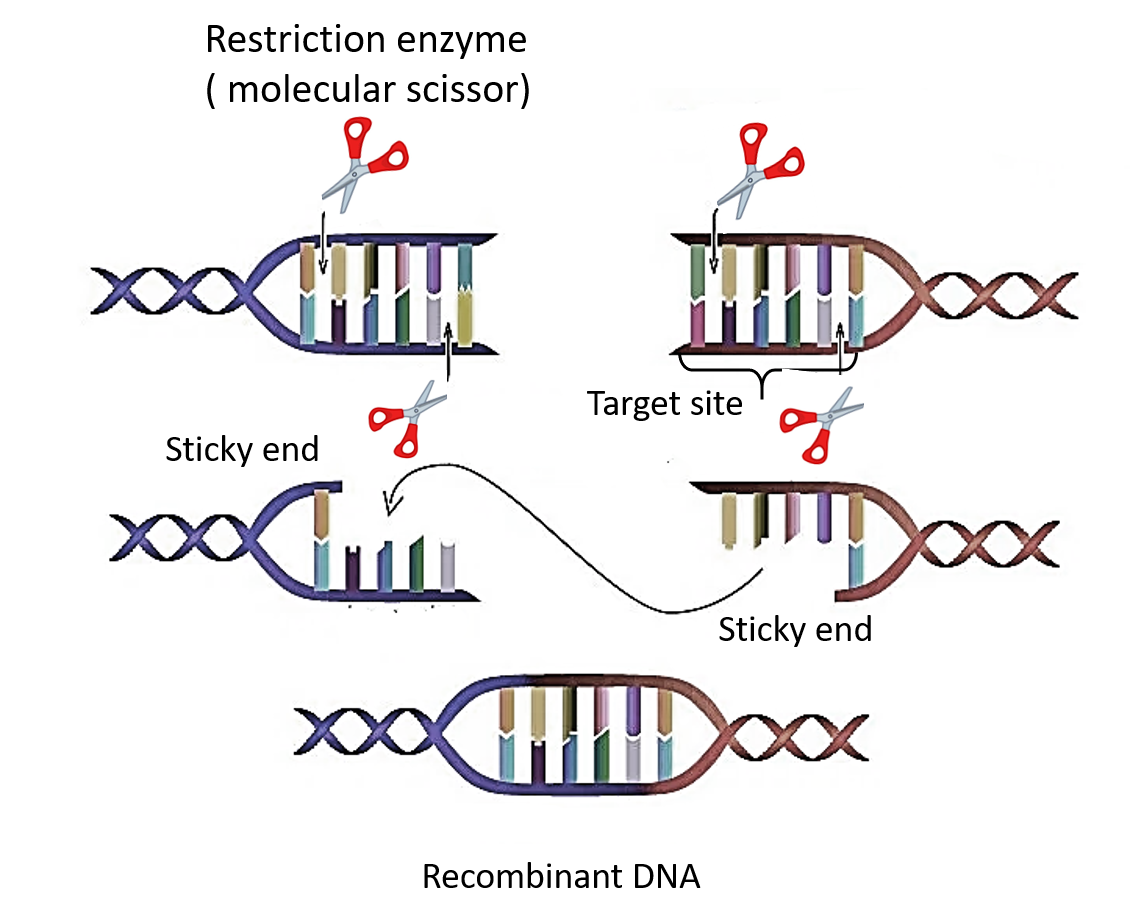