A hydrometer is used to measure which of the following quantities of a liquid?
A. Mass
B. Volume
C. Relative density
D. Temperature

Verified
145.8k+ views
Hint: The quantity that it measures is sometimes referred to as specific gravity. This quantity does not have any units and is just a ratio. The device however uses the principle of fluid displacement to determine this quantity.

Complete answer:
Let us first define what a hydrometer is, what quantity it measures and how it does so. 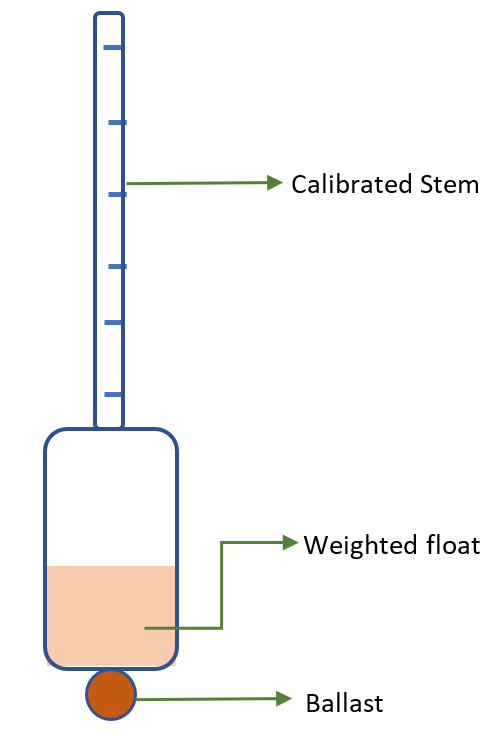 A hydrometer is a sealed, hollow glass device that is used to measure the relative density or the specific gravity of a liquid and is based on the concept of buoyancy.

The structure of the hydrometer consists of two parts:

(i)Calibrated stem: It is the part of the hydrometer from which we obtain the readings. The measuring scale is usually calibrated to the reference material in the float.
(ii)The float: It has a broad base to facilitate buoyancy, a ballast such as lead or mercury to maintain stability, and a weight that is filled inside the float, which is most often the reference material.

Let us see how it works: