A diagram showing axon terminal and synapse is given. Identify correctly at least two of A-C. 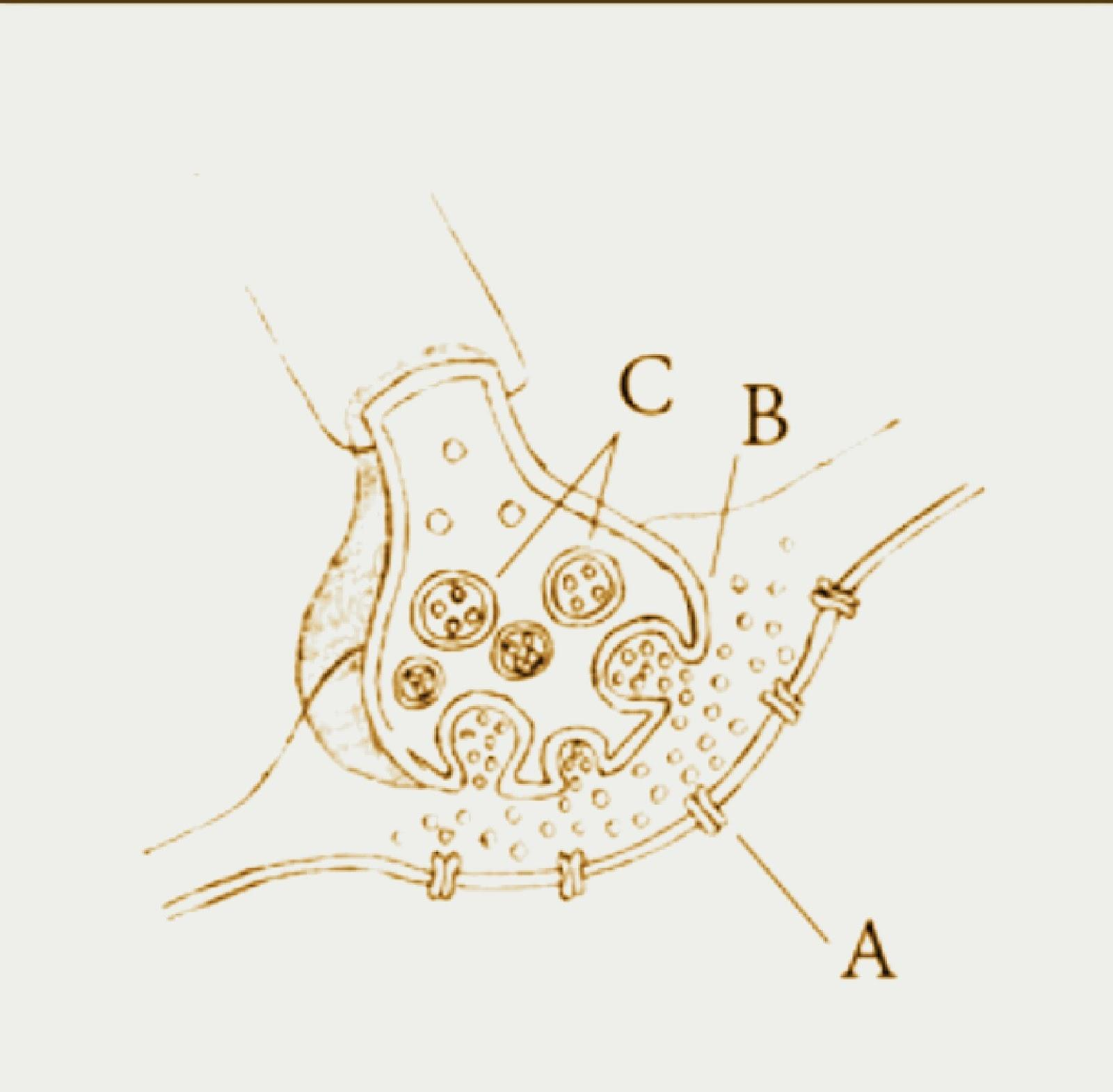 Verified
119.4k+ views
Hint: The given diagram shows a synapse. Synapse is a junction between two neurons that allows signals to pass from one neuron to another through a neurotransmitter.

Thus, option A. A- Receptor, C- Synaptic vesicIes is the correct answer.

Additional information:
Neurotransmitters are substances which are released by presynaptic neurons. They make changes in the postsynaptic neuron. They may lower or raise its membrane potential.
Neurotransmitters can be excitatory that bind to receptors and cause an electrical signal to be transmitted down the cell. They may be inhibitory and may block the signal from continuing, preventing the message from being carried.