Verified
Hint: Start by drawing a neat diagram followed by using the theorem that the tangents to a circle from a given point outside the circle are equal.

Complete step-by-step answer:
First, we will draw a neat diagram of the situation given in the question. 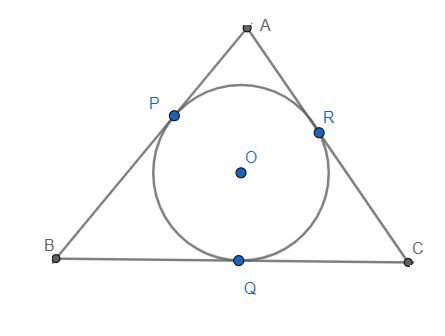 Note: The centre of the largest circle that fits inside a triangle is called the incentre and is defined as the meeting point of all three angle bisectors of the triangle. In the above figure, O is the incentre of the $\Delta ABC$.