The ICSE syllabus for Class 6 Geography consists of a comprehensive curriculum that teaches students about the vastness of India and the world. The  Himalayas to the Oceans in South India traverses a vast landmass that is filled with a diversity of topology, flora, and fauna. It has been created under the careful supervision of experts on the subject. It provides ample material to the teachers for making them teach the students about the relevant topics in a simple yet elaborate manner. 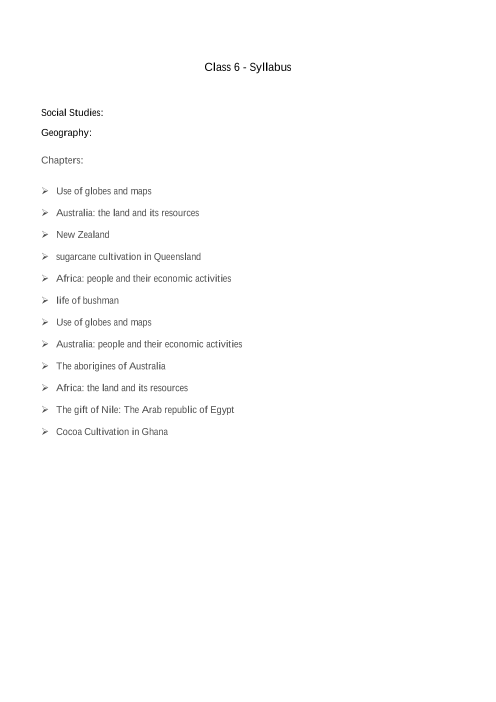 Theme 1: Representation of Geographical Features contains Maps: introduction, difference between map, sketch, plan and globe, importance of maps.Direction: eight cardinal points. Landforms and Types of landforms have Mountains and Valleys: processes of formation of mountains and valleys – endogenous and exogenous processes. 4: Study of Continents, North America and South America, Boundaries, Major Physical features, Locating the above on the map (details given in the table below), Political divisions (countries and capitals to be covered through Atlas only)

Landforms and people: Landforms – impact on the life of people. (comparison between life in the mountains and life in the plains), Theme 3: Minerals, Minerals and Ores (meaning and Examples),Locating the above on the map (details given in the table below).Political divisions (countries and capitals to be covered through Atlas only),  South America, Introduction, Location,  Types of minerals – metallic and non-metallic,  Metallic: Iron ore, bauxite, manganese, copper,  Non-Metallic: Lime stone, mica and mineral fuels (coal and petroleum) natural gas, Conservation of minerals, Theme

1. What are the advantages of the ICSE Syllabus for Class 6 Geography 2021-2022 Examination over others?

The student gets a very interesting idea about the Geography of the world and grows up to become the future Geologists and model citizens of our country.

The ICSE Class 6 Geography presents a comprehensively designed curriculum for students of the age group which is made by experts of the field, the prepared curriculum in line with the international standards and the study material is presented in a very friendly form to create an understanding of the subject.

2. How to score well in the ICSE Syllabus for Class 6 Geography 2021-2022 Examination over others?

The important thing while  attempting to score well in the Examinations of ICSE Class 6 Geography is to pay attention in the Class and properly go through the subject matter of the curriculum. Classes have now shifted online and the interaction between the teachers and the students has changed in a drastic manner, but still Class Notes should be regularly made in a neat presentable handwriting. Disciplined learning and revision before the Exams would surely get you good marks.

You can find everything you need on the Vedantu app or website. These resources are made by experts in the field. Students can find quality preparation material, revision notes, important questions, question papers, and a whole lot more! These study materials are completely free and there is no cost involved. All students have to do is sign in and then you will be able to download what you want in PDF format. You can take advantage of these free resources that will surely help you ace your Exams.

4. Is it required to solve all questions at the end of the Chapters?

It is always better to solve the Exercises at the end of the Chapter as they are testing your knowledge about the subject and how well you have understood the fundamentals. Always make sure to discuss with your teachers whatever doubts you have in the Class. Topics in Geography may get confusing over time so it is necessary to have a clear understanding. Try to discuss with your friends the questions and find out the answer and the method.

5. What has been the impact of COVID 19 on the online learning Ecosystem?

The last two years have significantly changed the educational landscape of the country. Education has shifted to online methods as people have been locked inside their homes. Being away from Classroom learning has had an impact on the students but as the system has changed in the past two years, it would be almost impossible to imagine going fully back to the old methods of education. Vedantu will provide you with all online resources for your education so that you don’t have to suffer from the uncertainties of today.