A funny tale of how a cook saves himself by outsmarting a witch on a flying broomstick. 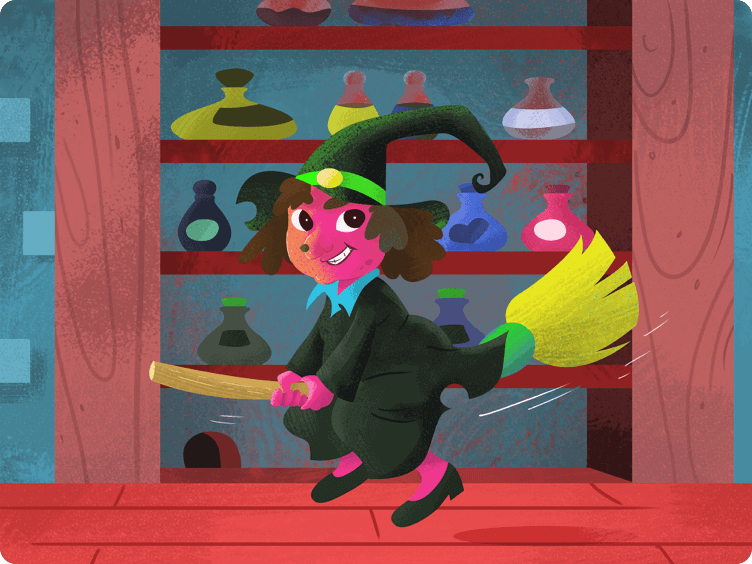 Once there lived a witch who had a flying broomstick. The witch wore a long black hat. She also had a magic wand and she enjoyed flying on her magical broomstick. The minute the witch waved her wand and made the /oo-OO/ sound the broomstick went flying high up in the sky. 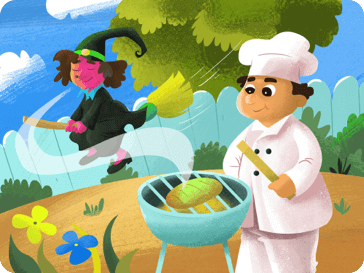 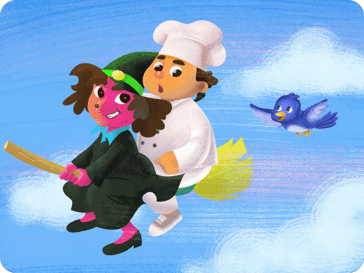 One bright summer morning the witch was feeling hungry so she sat on her broomstick and waved her wand making the /oo-OO/ sound.

As she flew over the green fields and houses below in search of food the witch saw a cook standing near a barbeque in the garden. The witch smelled some delicious food made by the cook and suddenly she thought of a plan. She told the cook that if he sat on the broomstick with her she would take him along flying through the winds to her castle and gift him a magical powder that could make the most delicious food. The cook was (hesitant)not sure at first but looking at the flying broomstick he agreed. The witch tapped her wand on the broomstick and /oo-OO/ they were gone. 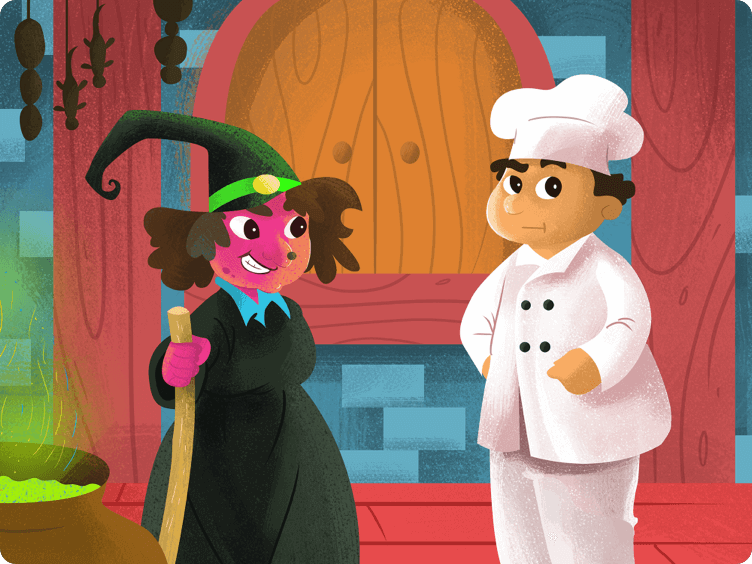 The witch and cook flew over the green fields and mountains to reach the witch' s castle. Once they reached, the cook asked her for the magical powder and the witch laughed out loud. She told the cook how he had been a fool to believe her. She then told him that he is supposed to cook for her everyday.

The cook was frightened but intelligent. He thought of teaching the wicked witch a lesson. 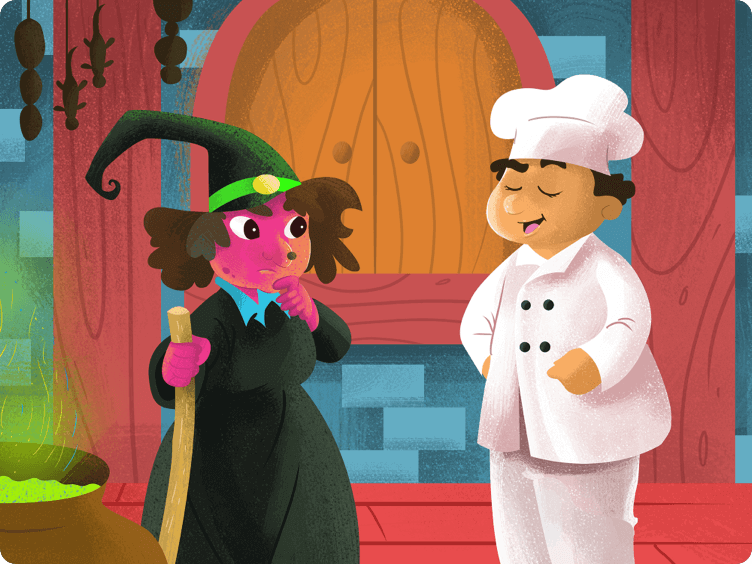 The cook told the witch about his secret recipe. He said his food tasted good because he added magical powder in it that was gifted to him by a fairy. He told the witch that he cannot prepare delicious (tasty) food for her because he left the powder at home. He said if she wants to eat tasty food they will have to go back to get it.

The witch agreed. They flew back to the garden where the witch had seen him for the first time. 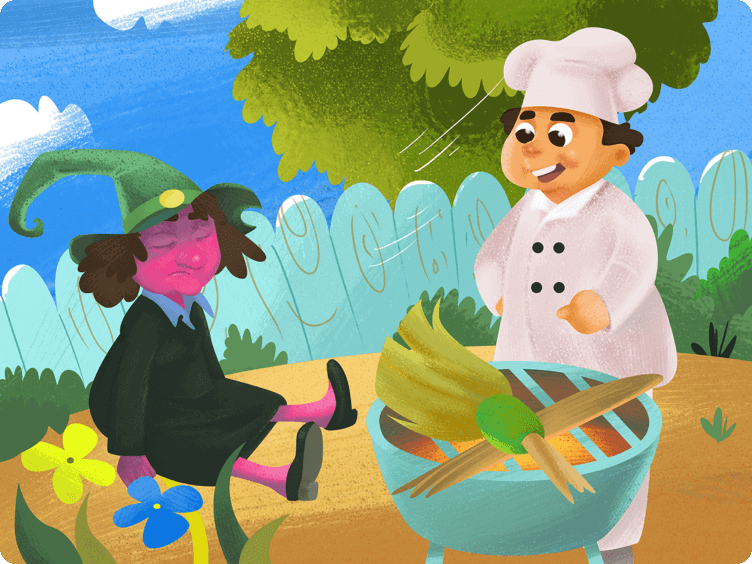 As their feet were about to touch the ground the intelligent cook jumped with joy on the broomstick. The broomstick broke into two(pieces). Off fell the witch on the ground and the cook quickly picked up the two broken pieces of the stick and threw them into the barbeque. The witch looked in horror as she would have to walk home without her magical broomstick. The cook taught the witch a lesson for lying and cheating him. The witch was never seen flying on her broomstick ever again.