A heartwarming story of an iguana who overcomes all barriers to save his friend Isabel. 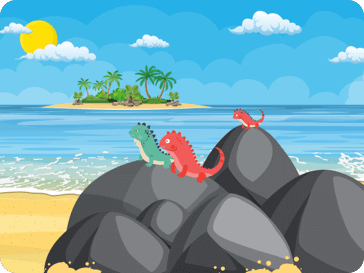 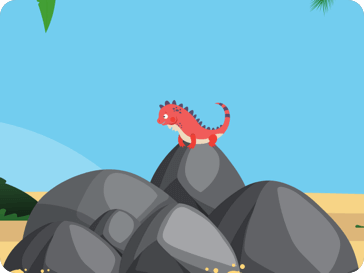 Little Iggy lived on Ipsy beach with his Daddy iguana and Mamma iguana. 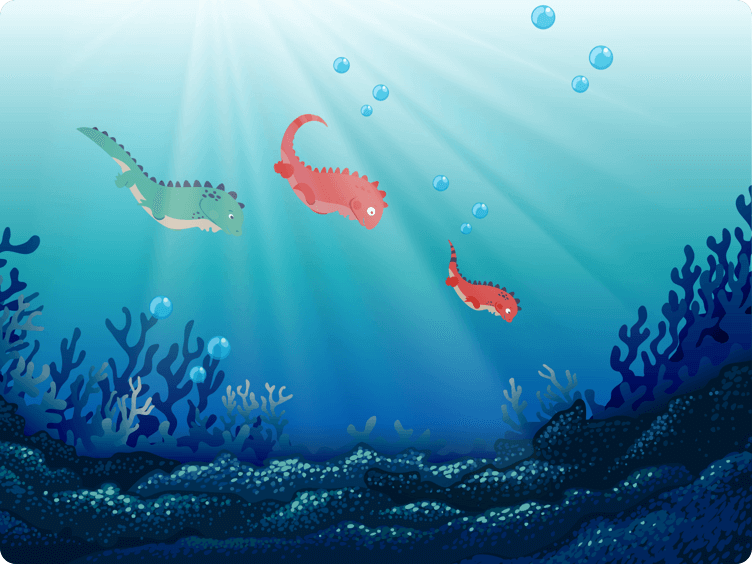 All his friends could talk but little Iggy just couldn’t until one bright stormy day …. Little Iggy went for a swimming lesson with Daddy and Mamma iguana. Iggy was indeed turning out to be the best swimmer in the whole of Ipsy beach. Iggy’s swimming skills were excellent indeed! 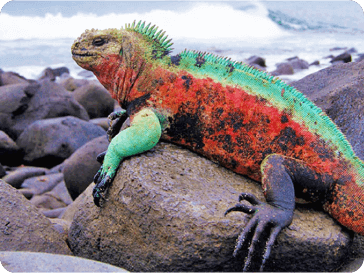 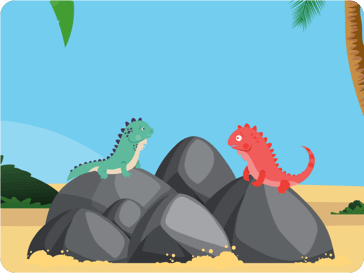 Do you know what an iguana really looks like? Look! here is a picture of Iggy, the iguana. What colour is he? Is he red or blue? Yes, it is pink, hmmm, red, blue and grey.

Daddy and Mamma iguana were overjoyed with Iggy’s swimming skills, but deep inside they were very worried about Iggy just not being able to talk, not even a single word. He couldn’t even say, “Mamma!” 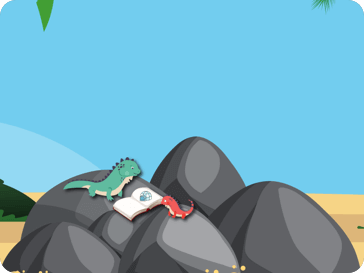 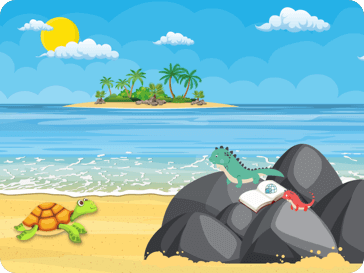 However, Mamma iguana continued to talk and read to little Iggy.

One day, when Mamma iguana was showing Iggy the picture of an igloo, his friend Isabel, the turtle, came and called him for a swim. 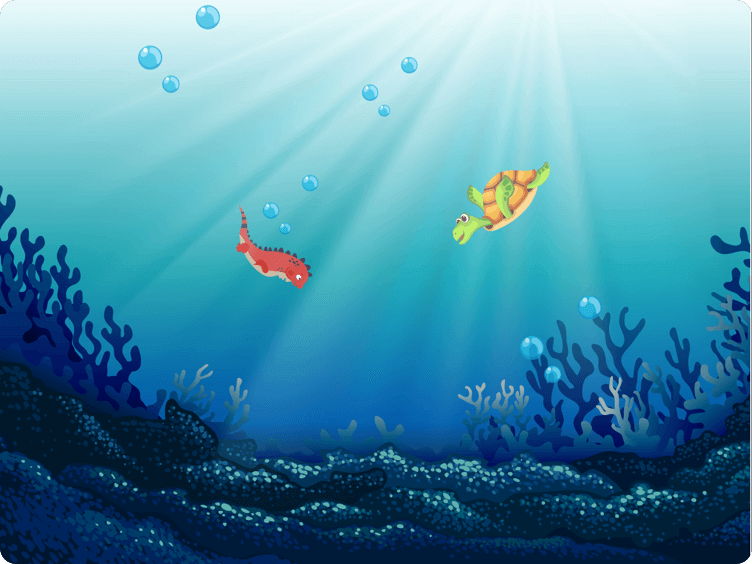 Little Iggy went for a swim with his friend, Isabel. 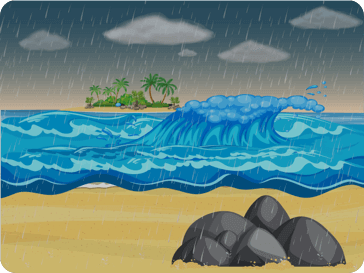 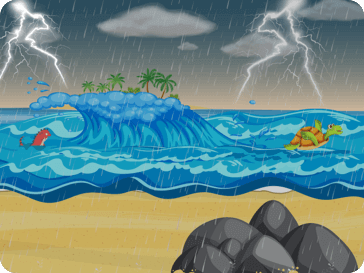 They were happily swimming at sea when suddenly, the calm sunny weather turned stormy. The calm waves turned choppy.

Isabel was thrown deep into the sea and little Iggy swam full speed towards his friend. Isabel screamed for help. Little Iggy wanted to assure Isabel and call out to him, but he couldn’t. Little Iggy couldn’t utter a single word. He felt helpless, but he continued swimming full towards Isabel hoping that he would look into his direction just once. 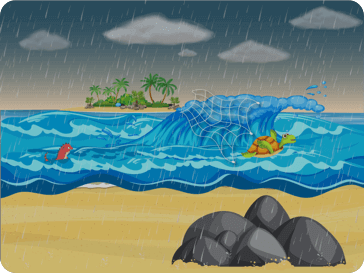 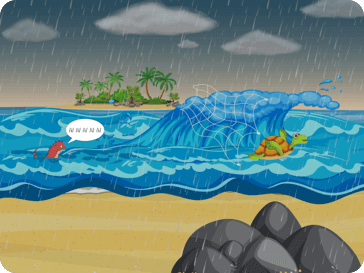 As Iggy inched closer and closer to Isabel, he noticed a huge fishing net right next to Isabel. “I have to warn my friend about the fishing net! But how,” thought little Iggy. 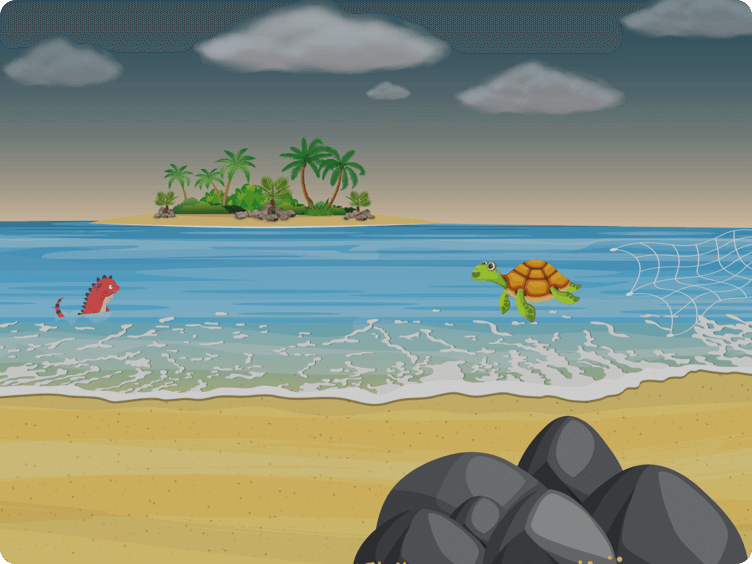 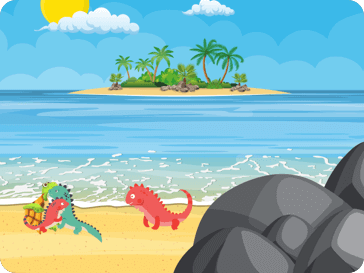 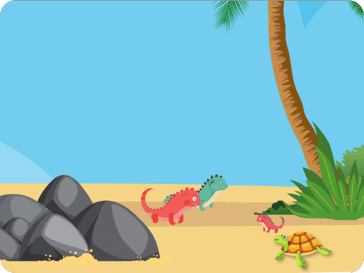 As they safely reached the shore, they saw Mamma and Daddy iguana waiting for them anxiously. Iggy and Isabel ran and hugged Mamma iguana.

Isabel looked at Iggy and his parents happily asked Iggy to repeat what he said at the sea. 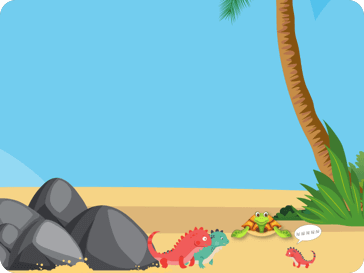 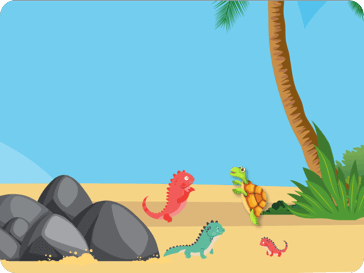 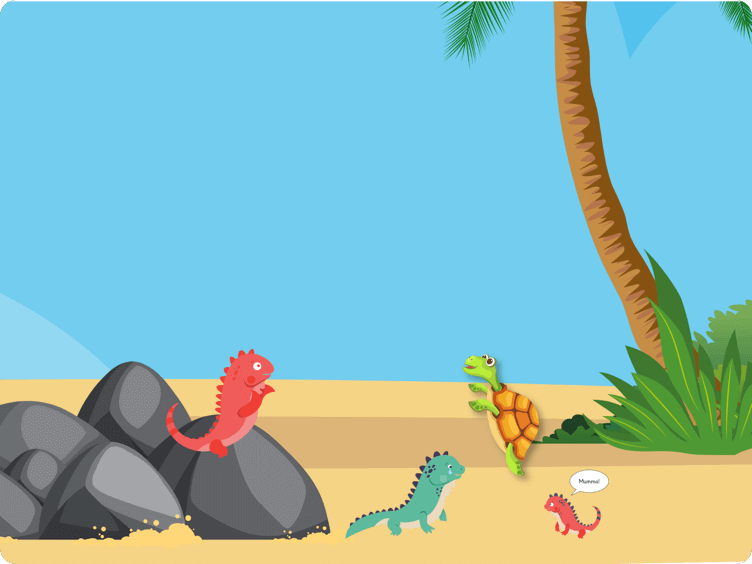 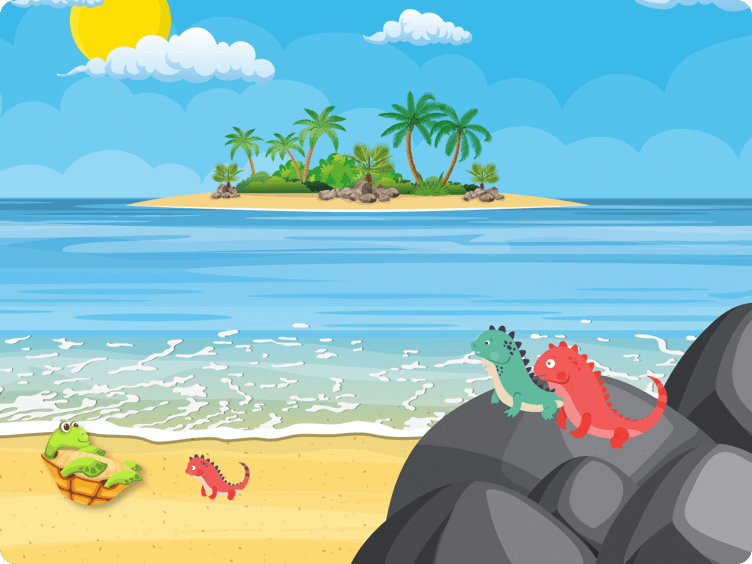 A child who reads will be an adult who thinks
BOOK A FREE DEMO CLASS
Built by www.vedantu.com
Vedantu SuperReaders is an incredibly personalized program where we teach children how to read independently and with comprehension using the phonics technique. We cater to kids between the ages of 4-6. Our curriculum is designed by some of the top language experts from all over the world.
Where will the classes take place?

You can take these classes from anywhere as per your convenience. A laptop or desktop with good internet connection for facilitating Live classes is required.
How frequent are these classes?

Our recommendation is of 2 classes per week, so that the child gets ample amount of time to absorb and practice learnings. However, it is completely up to you on how you want to pace these and you may choose to have more or less number of classes per week.
What is the difference between 1 to 1 and 1 to 4 group classes?

Students will be grouped on the basis of their proficiency level and desired class timing.