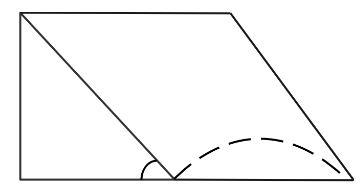 Physics
Projectile motion
A particle of mass $m$, initially at rest, is acted upon by a variable force $F$ for a brief interval of time $T$. It begins to move with a velocity u after the force stops acting. $F$ is shown in the graph as a function of time. The curve is a semicircle. Then: