What are Electric Field Lines?

Few images depict the electric field lines of point charges and two charges of the different and same polarity.

Image: Electric field lines of a positive and negative charge 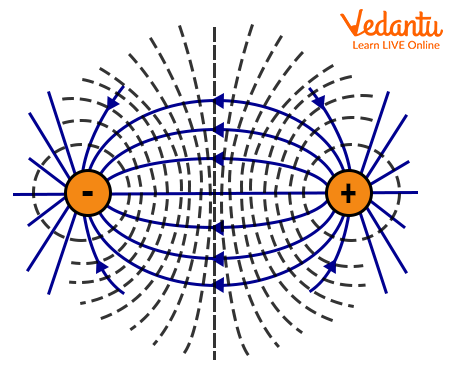 FAQs on Electric Field Lines Characteristics and Properties for JEE

1.  What is the significance of electric field lines?

3. What is the weightage of this topic in the JEE exam?

The weightage of the current topic, titled 'Electric Field Lines,' is 6%. The chapter on electric current was found to be the most important topic for the JEE Main as well as JEE Advanced. Nearly 2-3 questions can be expected in the given competitive examination of JEE. For better performance in this section, it is required to keep a check on every topic and practise a maximum number of questions. Hence, it is necessary to give importance to this chapter from JEE's point of view.