Learn What is a Time Zone and How Many Exist

Learn More about What Is a Time Zone Right Here 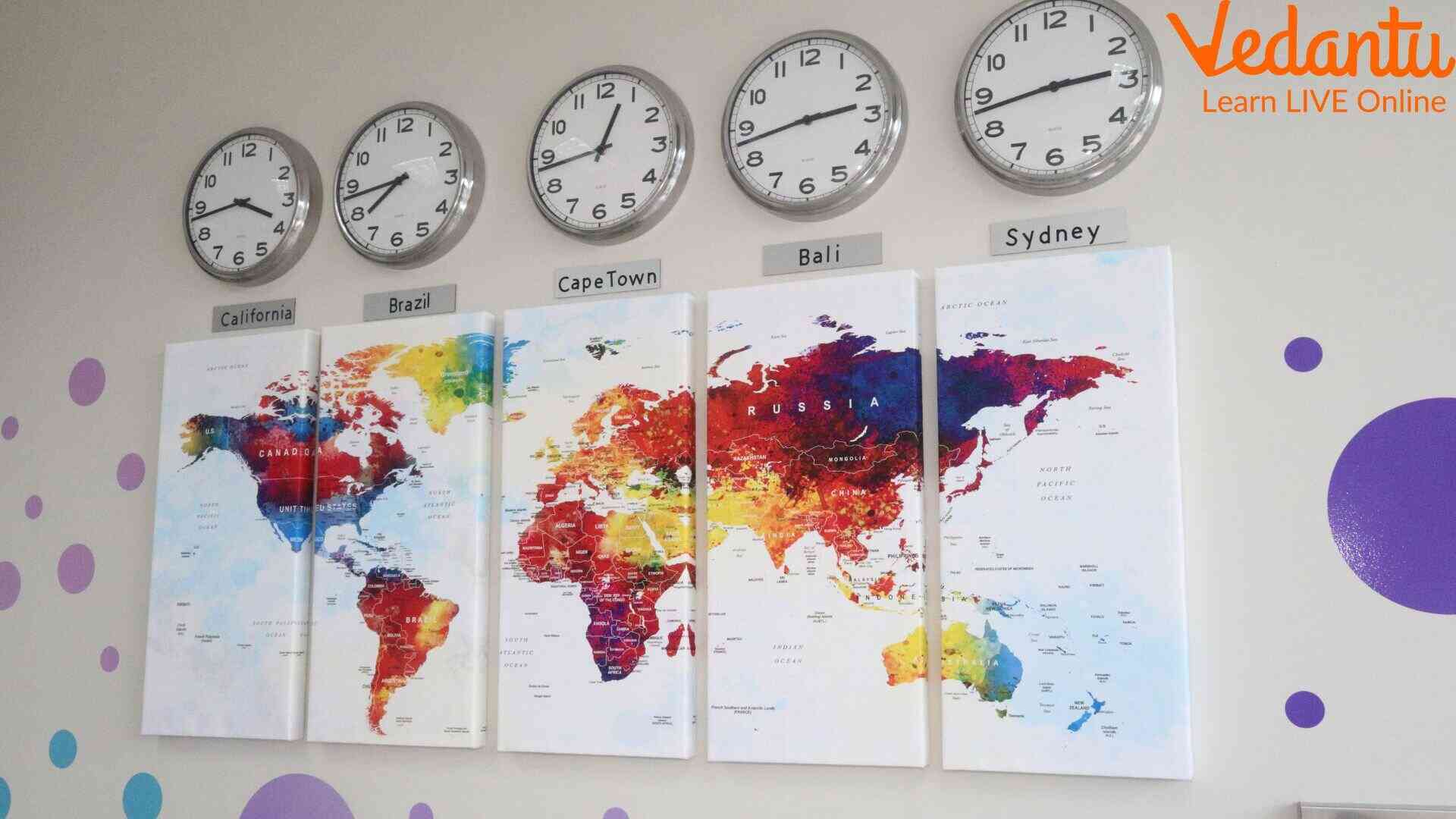 This happens to anyone who is travelling from one particular continent to another one. The main reason is that New Delhi is three and a half hours ahead of Paris. In a similar manner, every day when New Delhi shows the time 12:30 PM, it is 08:00 AM in London, 03:00 AM in New York and about 05:00 PM in Sydney.

Did you know that when we have Monday in India, in some parts of the United States, it is still Sunday? Do you know how that happens and why some places seem to be a few hours ‘behind or ahead’ than other places? How can calendars and clocks in different places show times and dates that are different and that too at the same time?

Well, the question might be complicated but the answer is even more complex. This is due to the effect of Time Zones. So, what is a time zone? Well, these time zones can be designed as the location or area on Earth to which there is a certain time that people can set their watches and clocks. Different locations on earth have different time zones.

During the early ages, people would tell the time by looking at the position of the sub. When the sun is 90 degrees above the head, it would be 12 in the noon and that would go on. However, with the invention of trains, people started travelling to other far away locations and saw that people experienced noon at different times. It would be said that there was a difference in the local times of various places. So, it led to the creation of a standard time for every location.

Today, areas that are as large as countries tend to follow different standard times. Now, what is a standard time? It is basically the time that is set by the law and the whole nation would follow it. The time is generally based on the area’s local time or the country’s local time. For example, the Indian follows the local time that is set in the Mirzapur city of UP. So, when it is noon or midday in Mirzapur, people in India consider that time to be their noontime as well.

Is It Possible to Create an Equal Standard Time for All?

Everyone has read about the imaginary lines that the Earth has known as longitudes and latitudes. Well, these lines are the answer to this question. Since the earth is rotating from the west end to the east end, the longitudinal lines or more commonly known as the Meridians can be used for calculating the difference in time around the world.

It was in the year 1844 when a gathering of scientists from about 25 different countries decided to calculate the standard time for the entire world. The Prime Meridian of Greenwich was taken as the location in the centre; it would be marked as the starting point of every single time zone.

Using this method, the countries started coordinating their time periods with Greenwich time or what we know as the Greenwich Mean Time (GMT). For instance, the Indian Standard Time or IST is about five and a half hours ahead of the GMT and hence it is said to be GMT +5:30.

How Can the Time Difference be Calculated?

So, do you know how many time zones in the world exist? Considering the data from researchers, there are about 24 different time zones. So, how can one calculate the time difference in these zones? There is a set method to calculate the time difference. The rotation of the earth takes place 360° in approx. 24 hours, which means the earth rotates 15° in an hour and 1° in 4 minutes. So, when Greenwich Time is 12 noon, the time at the location 15° east of Greenwich can be calculated as 15 × 4 = 60 minutes which is 1 hour ahead of Greenwich time (GMT +1).

But the countries that are almost on the opposite section of the Prime Meridian such as New Zealand, and the Philippines had another challenge. There can be a minimal time difference between both the Western as well as Eastern sections of the Prime Meridian. Hence, mapping time for these locations was confusing. So, astronomers from all over the world created the International Date Line.

This imaginary line was mapped at 180 degrees from the Greenwich Meridian which was exactly on the opposite side. Countries that were near this line then declared which time zone they wanted to follow and hence the world understood how to follow time. But the International Date Line isn’t really straight and is a zig-zag one that accommodates different islands as well such as Tonga, Samoan Island, and Fiji.

Time Zones All around the World

So, that is all you need to know about the time zones. Do you know which country has the most time zones in the world? Well, it would be France with about 12 different time zones. Sometimes, the number increases to 13 when they follow Daylight Saving Time. On the other hand, China, despite being so huge, has just one time zone.