Know the Interesting History of Football

Have you ever wondered how old is football? It is very old indeed. If the question comes to your mind that football originated from which country, the answer is that modern football originated in England. Before that, the first-ever notable ball was a pig's bladder soccer ball. Soccer has been played in many forms throughout history.

Today's soccer or football is the evolution of bladder ball. Humans have enjoyed kicking something like a ball. The rubber ball was introduced only some thousand years ago. As per historical records, early balls ranged from human skulls, stretched-up cloth, and Animal heads to pig bladders. That is how pig's bladder soccer ball was Formed.

Birth of the Modern Soccer Ball

The FIFA Laws of the game influenced in determining soccer ball history. They stated that the ball should be spherical and covered with leather or other approved material. Leather balls lost their popularity as they retained their form better after playing the game. It was easier to stitch the panels together during the making process compared to rubber-made balls.

Early balls were made of brown leather. The brown turned dark when it was cured. But people found the dark ball challenging to follow for spectators and players on the green surface. It is even tougher in matches where artificial lights are used. Luckily white ball was introduced to practice for better visibility in the 1950s. Modern designer companies like Puma, Adidas, Mitre, and Nike have started experimenting with new materials. Full leather balls became less common in the later stage of the 20th century. 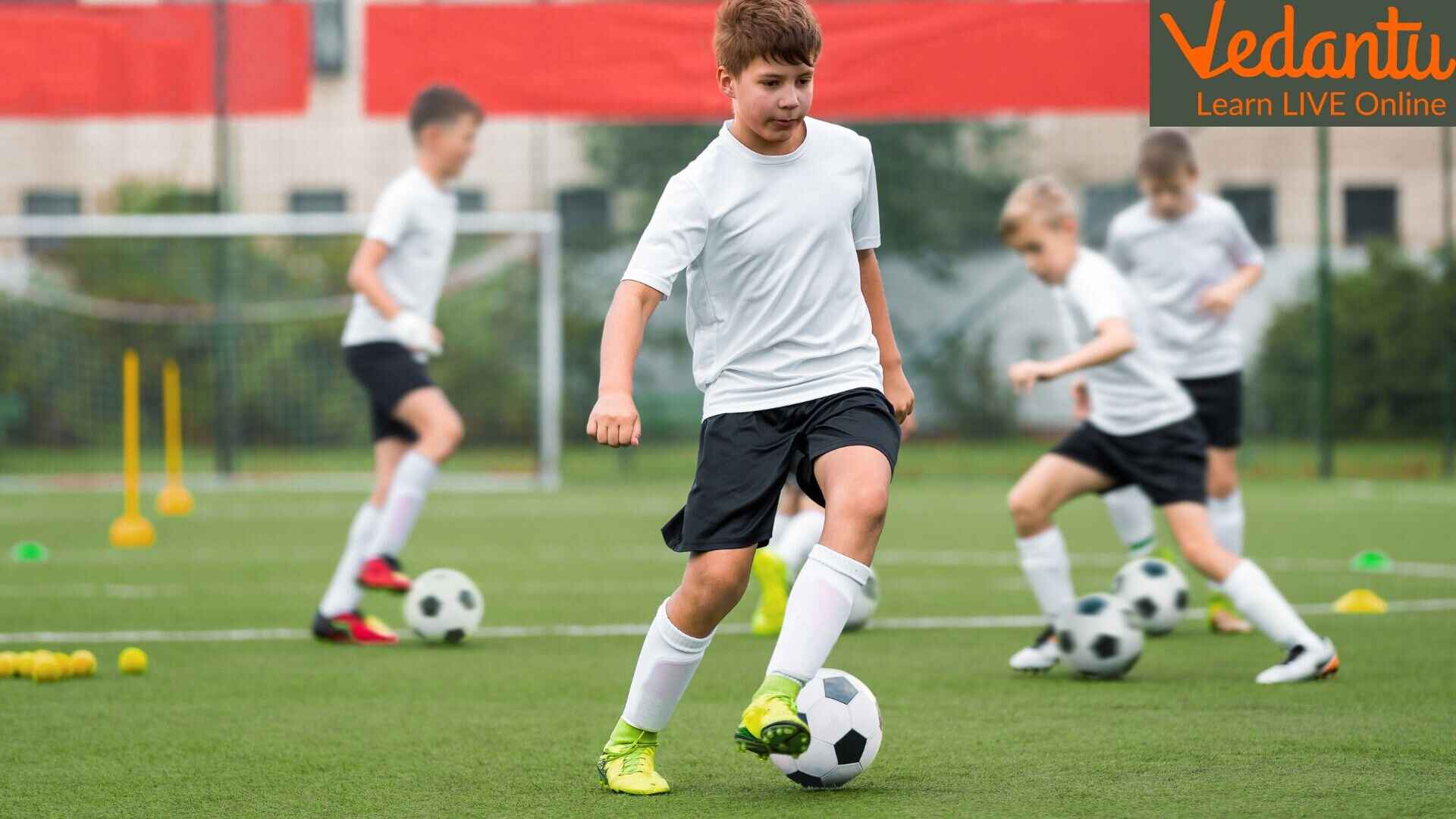 Which Gas is Filled in Football?

The way soccer balls bounce and move may make you wonder what they are filled with. Gone are those days when football used to be played as football bladder. Footballs hold normal air in them. It is simple as that.

According to football game history, early footballs were sewn up with laces. People used pigs bladder soccer ball for playing. The football bladder has been replaced by modern football. Modern footballs are made from synthetic leather patches. Those patches are sewn together in a design based on the Buckyball. American architect R. Buckminster Fuller made the design. He found the design while looking for a way to construct buildings using minimum materials.

The shape is a series of triangles, hexagons, and pentagons. The experiment was about which can be fitted together to make a round surface. The modern soccer ball is a Buckminster Ball consisting of 20 hexagonal and 12 pentagonal surfaces. Sewn together, they make a nearly perfect sphere. The black spots on the ball helped players to perceive swerving on the ball. 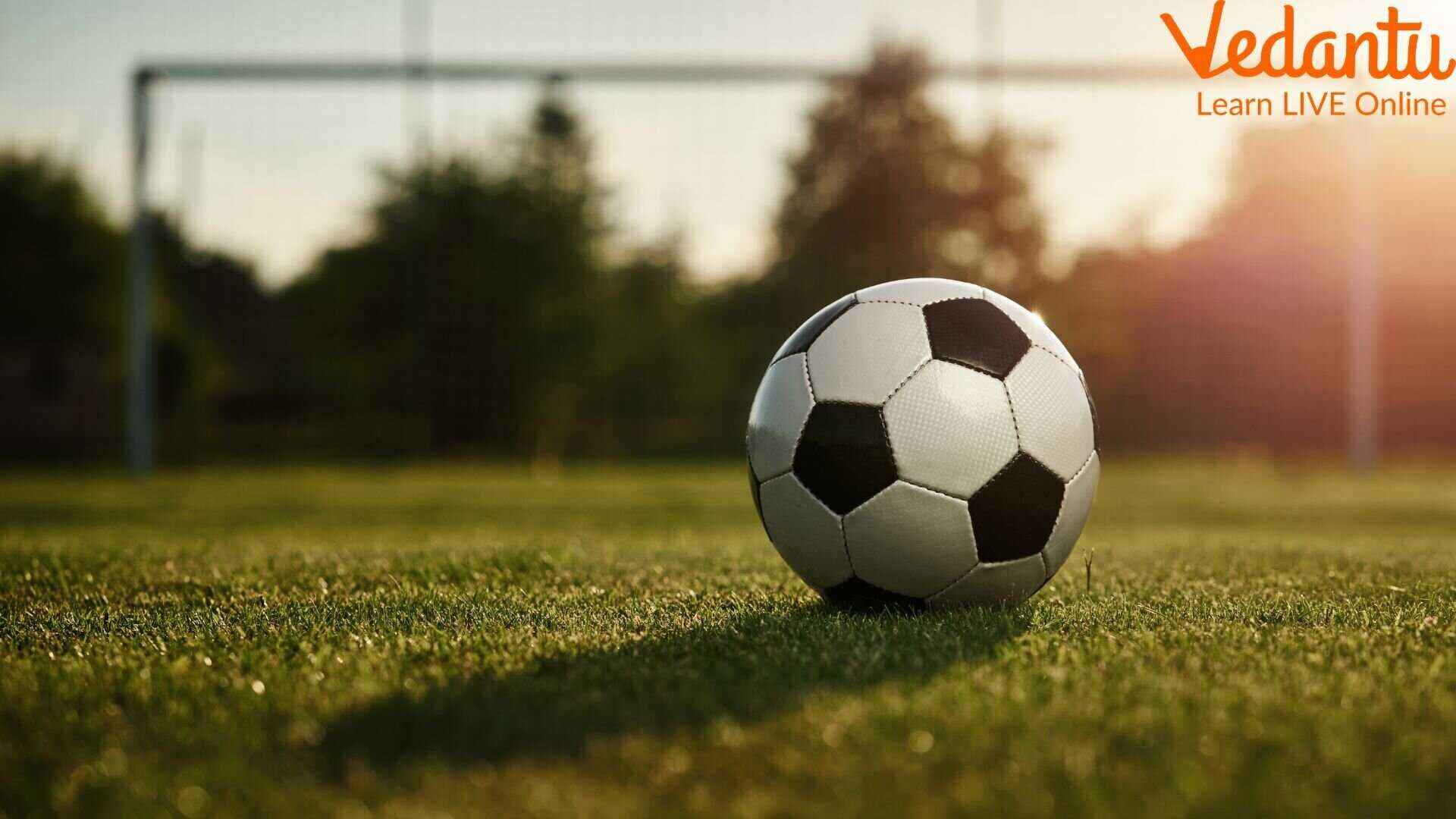 Football Balls of all World Cups

Telstar: In 1970, Adidas made the first official FIFA world cup ball. This was the 1st ball to have the Buckminster design used in the world cup. Telstar was the 1st ball in the history of soccer with 32 black and white panels.

Tango Durlast: In 1978 match ball included 20 panels with triads in the Argentina-based world cup matches. That material of football created an optical impression of 12 identical circles.

Tango Espana: This football had a rubber inlaid over the seams to prevent water from seeping through. It was the first football with water-resistant quality. This ball was the last genuine leather world cup ball.

Azteca: It was used in the 1986 FIFA world cup in Mexico. Azteca was the first polyurethane-coated, rain-resistant ball. It was the first synthetic match ball with good quality. Mexico's Aztec architecture and murals inspired Azteca's design.

Etrusco: In the 1990 Italy world cup, Etrusco was used as the football. It was the 1st ever ball with an internal layer of black polyurethane foam.

Questra: Questra was the official football of the USA world cup in 1994. The ball was enveloped in a layer of polystyrene foam. This made the ball more waterproof and had better acceleration when kicked.

Tri-color Ball: In 1998, the FIFA world cup was held in France. The ball was designed in tri-colour, red, white, and blue. This was a complete change from the old traditional black & white pattern. It was the 1st official soccer ball.

Fevernova: In 2002, a new ball was introduced by Adidas with thicker inner layers. Fevernova included a refined syntactic foam layer that allowed for a more precise and predictable flight path. The colourful look was inspired by Asian culture.

Teamgeist: This ball was used in the 2006 world cup with a reduced amount of panel touch points, forming a smooth and round exterior. It had improved accuracy and control.

Jabulani: Jabulani was used in the 2010 world cup. It featured a new grip and groove technology. Players found the ball with stable flight and grip under all conditions. 8 thermally bonded 3-D panels were spherically moulded.

Telstar Mechta was the ball for the 2018 football world cup. The ball was made in Pakistan.

The information is dedicated to sports and knowledge enthusiasts. The blog's purpose is done if you find the data and facts interesting. Life is pretty dull without sports. This is why people have loved football or soccer since ancient times. The game has evolved much over time. The material of football has changed a lot from a pigs bladder soccer ball to modern-age FIFA World Cup balls. In the blog, we tried to summarise football's evolution (and revolution). Now when you know about it, share the same with your friends.