Everything You Need to Know about Anti-Terrorism Day

Anti-Terrorism Day is celebrated in India every year on 21st May, which marks the death anniversary of former Prime Minister Rajiv Gandhi. On May 21, 1991, Rajiv Gandhi was assassinated by the LTTE terrorist group while campaigning for the Congress Party as a party president in Sriperumbudur, Tamil Nadu.

After the assassination of his mother, the then Prime Minister Indira Gandhi, in 1984, he became the youngest Prime Minister of India at the age of 40. Rajiv Gandhi served as the Prime Minister from the year 1984 to 1989.

The objective behind celebrating Anti-Terrorism Day is to spread the message of unity, peace, and harmony among the people and also to increase awareness of the anti-social acts of terrorism. During Rajiv Gandhi's campaign for the state's assembly elections at Sriperumbudur, Tamil Nadu, on 21st May 1991, a woman came in front of him and bent down as if she wanted to touch his feet. Suddenly, a bomb explosion took place, leading to the death of the country’s youngest Prime Minister and 25 other people.

The woman was later found to be an internal member of the Liberation of Tamil Tiger Eelam (LTTE), a terrorist organisation. She was a suicide bomber and had explosives hidden beneath her clothes. It was a dark day in the history of India as it witnessed an unforgettable act of terrorism.

The main purpose of National Anti-Terrorism Day is to spread the message of non-violence and peace, to promote unity among the people irrespective of their religion, caste, and class, and to make the young generation aware of the fact that terrorism shall never be practised.

It is a great opportunity to honour and remember the sacrifices made by our brave soldiers who fought against terrorism to protect the people of India, and who gave their lives for saving the nation from terrorist attacks. It is a day to pay tribute to those who have lost their lives in various terrorist attacks.

How is Anti-Terrorism Day Celebrated?

Every year, 21st May is observed as National Anti-Terrorism Day to remember the death anniversary of the former PM Rajiv Gandhi. The celebration begins with paying tribute to Rajiv Gandhi through special marches. People gather to pay their respects to the late Prime Minister. In many schools, colleges, and private offices, people bow their heads and hold two minutes of silence.

On the occasion of National Anti-Terrorism Day, the government and many other organisations hold awareness programmes, events, and campaigns where Anti-Terrorism Day quotes are read to make people aware of the terrorist activities as well as educate them on how to defend themselves.

Different organisations, too, take the initiative of organising discussions or debates in many schools, colleges, and universities on the dangers lurking upon the citizens due to terrorism and violence.

On Anti-Terrorism Day, a pledge is taken in all government offices, different private organizations, and various corporate ventures, and it is as follows:

"We, the people of India, having abiding faith in our country's tradition of non-violence and tolerance, hereby solemnly affirm to oppose our strength, all forms of terrorism and violence. We pledge to uphold and promote peace, social harmony, and understand among all fellow human beings and fight the forces of disruption threatening human lives and values."

Terrorism is the organized or attempted use of violence to threaten a government or population for various purposes such as religious, political, or ideological. Terrorism causes a direct threat to the security of the country's citizens and to international stability and prosperity. It is a global threat that has no limitation, nationality, or religion.

India faces a large number of terror attacks from different terrorist groups. The famous World Trade Centre attack and the 26/11 attack on Mumbai are the two unforgettable terrorist attacks that led to the loss of many lives.

Therefore, terrorism is an act of causing loss of life and fear of death among people by the dreadful acts of the terrorists. No doubt it is an attack on the rights of human beings and it is a challenge that the international community must tackle together. 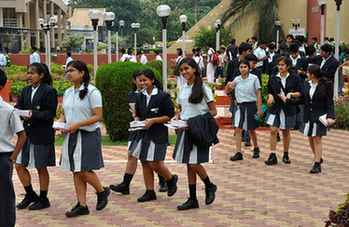 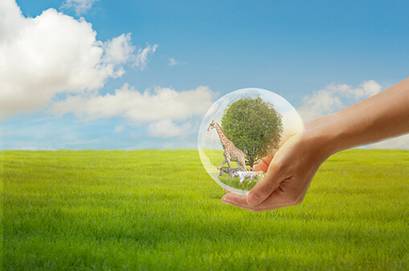