What Will Happen If You Trap Your Finger in a Venus Fly Trap?

Consequences of Putting Your Finger in a Big Venus Fly Trap

These plants are known for trapping animals and insects and slowly digesting them to get the required amount of nitrogen. These plants are delicate in nature and do not have the strength to cause harm to our fingers. Despite this fact, we do fear seeing an animal trapping our fingers. Isn’t it?

What Is a Venus Fly Trap?

Commonly known as Venus Fly Trap, this plant is capable of trapping smaller animals such as insects, rodents, and reptiles inside their clawed leaves. The scientific name of this plant is Dionaea muscipula. This plant has evolved to create unique leaves with claws on the top edge. The leaves are divided into two equal halves representing jaw-like shapes with claws at the edges.

When an insect triggers the internal hair on the muscular part of the leaves, the leaves close with the insect inside. Slowly, digestive enzymes are released to decay the nitrogenous mass to absorb the required nutrients.

This type of evolution where a carnivorous plant depends on animals as a nitrogen source is due to the fact that the soil they grow on does not offer proper nutrients. Moreover, they have also lost the ability to fixate nitrogen through their roots or any other organ system. If you see the Venus Fly Trap images, you will learn that these plants do not have the proper environment to grow like normal plants. 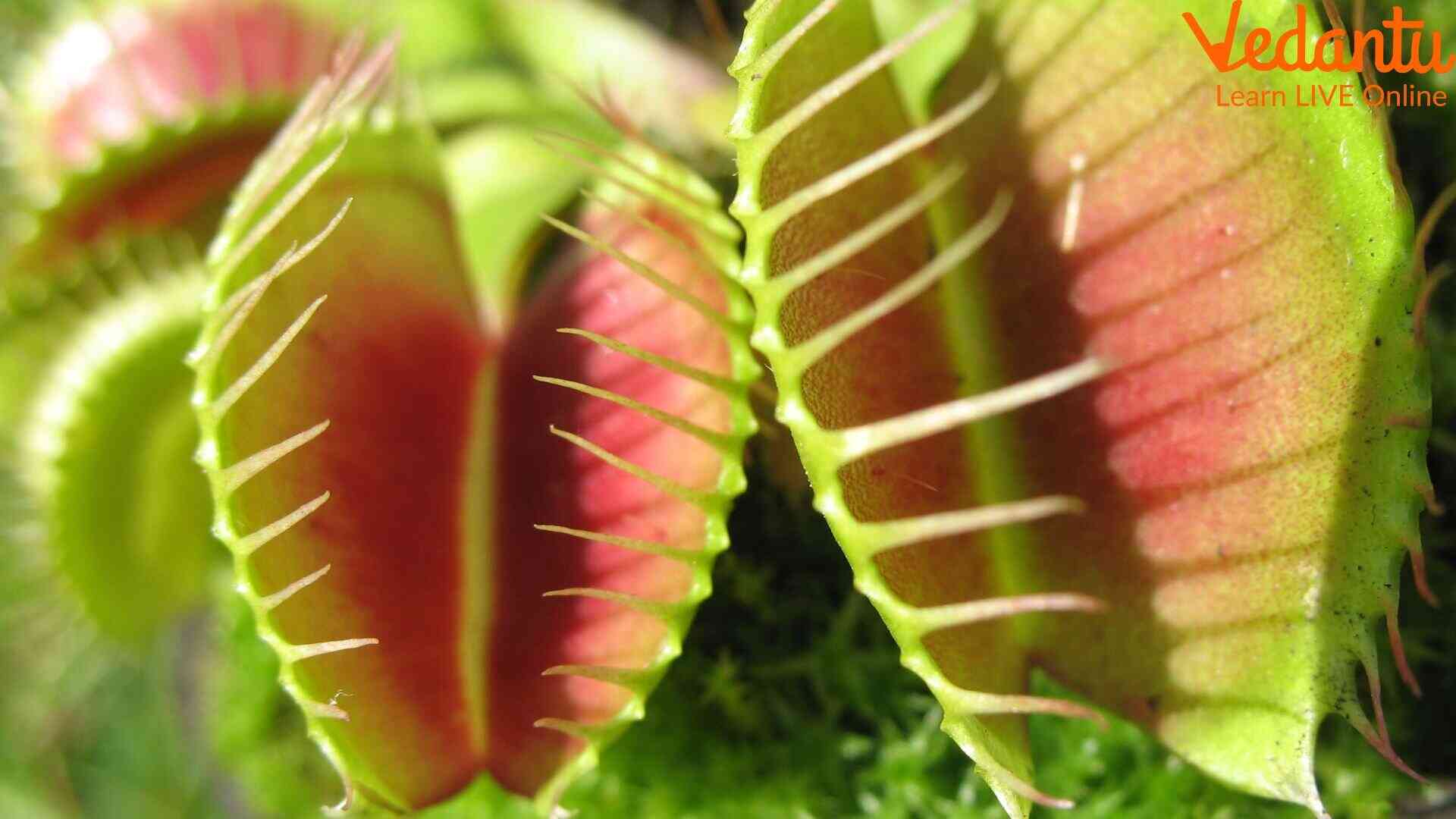 Features of a Venus Fly Trap

A Venus Fly Trap, also called the fly catcher plant, has exceptional botanical features. They are as listed below.

What Happens When We Put a Finger in a Big Venus Fly Trap?

This might sound no less than a nightmare but putting your finger in one of the leaves of Venus Fly Trap will not cause any harm. The leafy parts grow closer to the ground where the crawling insects and animals are found more.

The closing leaves might be lethal to the small insects with less power to tackle such pressure but they cannot harm a human finger. You can refer to these closing leaves as the mouths and stomachs of the plant. A trapped insect will be slowly digested and the required nitrogenous nutrients will be absorbed. In the Venus Fly Trap finger case, you can easily pull out as the lobes are very delicate.

If you put your finger a little too long, the strong enzymes can start digesting your skin externally. Hence, there is no need to experiment and find out how much time plants like Venus Fly Trap takes to digest your finger!

Jennifer Böhm, Sönke Scherzer, and Dr Hedrich, the leading biophysicists of Tasmania, researched and suggested that these plants can actually count with their trichomes.

The trichomes are the small projections inside the lobes of the trapping leaves. When touched by a moving insect, they do not send signals to close the lobes but start counting. Researchers think that it is a great way to reserve energy. When the plant is sanguine that the insect is inside the trap properly, they tend to close the lobes with a snap. Well, this is some information about the Venus Fly Trap we did not know!

We can conclude that trapping your fingers inside a Venus Fly Trap will not cause any harm. They do not have the jaw pressure of a hyena. These leafy lobes know how much pressure is to be applied to trap a small insect. Hence, you do not have to be afraid of the Venus finger conundrum anymore.

The Venus Fly Trap eating insects is indeed a great scene to adore. It is the miracle of nature where a plant hunts for its living. There are other examples such as the pitcher plant, sundew plant, drosera capensis, etc. that can hunt prey by using the same method but different techniques.

A common feature of all these plants is that all of them produce something that attracts insects and smaller animals. These plants cannot harm us as we can free our fingers anytime we want.